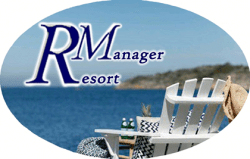 Resort Manager integrated software modules are the creation of Little Fish Technologies (LFT). Led by a western management team and based in Thailand and Indonesia, LFT is a highly professional and experienced company. Significantly, it specialises in providing bespoke technology based solutions for the hospitality industry sectors throughout Asia.

LFT has a proven track record of over fifteen years’ experience in Asia. We pride ourselves on the long term relationships we have built and has maintained over that period with different companies. We encourage strategic partnerships with our clients by providing total solutions for both our clients’ immediate and longer term requirements.

Mark initially had served nine years with the Royal Navy and UK Ministry of Defence as a computer and weapons systems specialist. Since then Mark has worked for several major international companies prior to being contracted to PT. PowerGen Jawa Timur in 1997 to design the computer systems for a power station in Paiton, East Java.

Afterwards, Mark has established Little Fish Technologies in August 2000 and has built a network of excellent working relationships. Most of these are with hotels, golf courses and other businesses throughout Indonesia and Asia.

We value all our clients and understand that a good working relationship is based on trust. We are happy to set up strategic alliances and partnerships with our clients. In conclusion, it’s by providing solutions for client’s immediate and longer-term requirements.

We use proven international methodologies in all aspects of our business. It includes Summit D and Prince 2 for project management to ensure we deliver what is promised.

LFT has many years’ experience in designing and installing office and hotel IT infrastructures.  Moreover, our systems and solutions are fully documented including, when appropriate, online help facilities in the client’s native language.

As a dedicated solutions and service provider LFT works with clients to ensure and maintain beneficial impact on their operational effectiveness.